The Republicans and anti-monarchists are moaning once again.

Following the announcement last week that The Second Severn Crossing between England and Wales will be renamed The Prince of Wales Bridge, two voices of the movement to remove the monarchy came out of the woodwork again, voicing their opinion.

The leader of the Welsh nationalist party Plaid Cymru, Leanne Wood, tweeted: “Is this a late April fool joke?”

Of course, the always vocal Graham Smith of anti-monarchy group Republic piped in accusing the government of making “a unilateral decision that will irritate people in England and Wales for years to come.”

An online petition was started following the announcement, which according to numerous Twitter posts and articles has close to 30,000 signatures.

The bridge near Bristol carries the M4 motorway between England and Wales, will become The Prince of Wales Bridge this summer, although the original Severn Crossing will have no change of name. 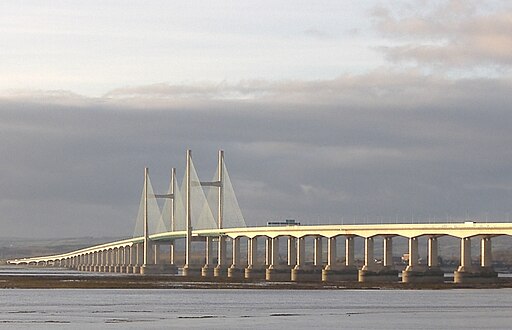 The renaming, approved by the Queen and Prime Minister Theresa May marks Prince Charles’ 70th birthday as well as 60 years since he became The Prince of Wales.

Welsh Secretary Alun Cairns said the new name was an appropriate tribute to The Prince of Wales for his “decades of continued, dedicated service to our nation.”

Carins in speaking with the BBC said: “Those sorts of activities are not done in relation to the royal family because it’s something that is always a constant after all. I know some of the names we’ve had about suggestions, many of them will be in relation to fashion and they will come and go with different generations,” he added.

The Telegraph is running a poll regarding the naming of the bridge. So far, 64% believe a consultation should have been made as to changing the name and 36% find it to be a fitting tribute to Prince Charles.

View all posts by